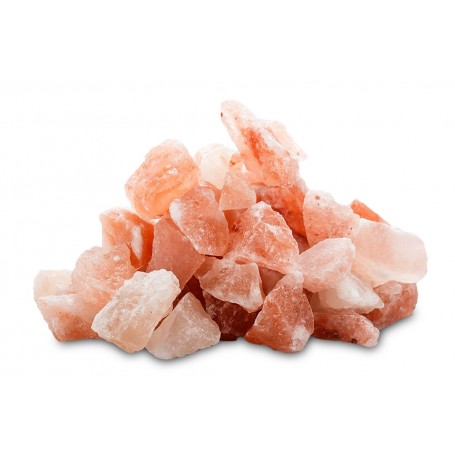 Aroma Bowl for salt and scent essences - 120 mm in diameter

Rock salt has been used for thousands of years for its medicinal properties, especially for the respiratory system. People have made pilgrimages to salt caves to relieve ailments and improve their physical and mental health. The air inside a salt cave is full of small rock salt particles that, in addition to sodium chloride (table salt), contain several other minerals that are good for the body, such as magnesium, iron, calcium, phosphorus and manganese.

However, the genuine Himalayan salt from the Punjab region is one of the oldest types of rock salt and can be recognized by its deeper orange/pink color, this salt has a special place in health food, as it is said to be the best salt from a health point of view. Genuine Himalayan salt is between 540-600 million years old. According to legend, it was Alexander the Great and his army who discovered the great salt deposits in the Punjab region. When they saw that the horses were licking pink crystal blocks near the current salt mines in the area. Salt has been mined in the area ever since.

Salt in the sauna

Now you can also take part in the health benefits of Himalayan salt in your sauna ! Simply mount an "Aroma Bowl" from Luxway over your sauna unit and add a couple of salt crystals and some water, let the salt melt and evaporate in the hot water and enjoy the beneficial salt steam in your sauna. Wonderful if you have problems with the respiratory system, Asthma, Carbon, Bronchitis or just want extra well-being in the sauna. But make sure not to put salt stones directly on the unit and do not dissolve them in the bucket of water, as salt directly in the unit can damage it.